Home Advanced The 14+ Benefits Of Amentoflavone

Amentoflavone (AF) is a naturally occurring biflavonoid found in many (over 120) natural plants, such as Gingko Biloba and St. John’s Wort (AF found in Diet and Supplements can be found here). R This polyphenolic compound (Amentoflavone) has multiple bioactivities on: R 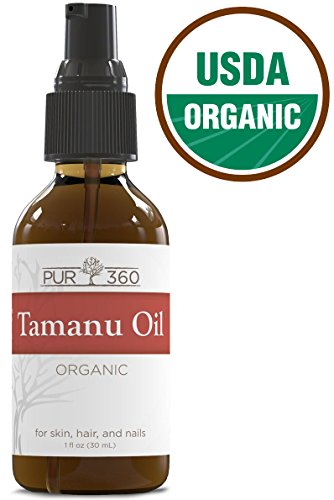 AF is a potent inhibitor of AGE formation. R

AF may prevent the development of Parkinson’s Disease (PD) by its ability to protect dopamine cells against toxins in the brain. R

AF may protect against excitotoxic damage to the brain induced by seizures. R

For example, AF given to animal models of epilepsy had better symptoms, less seizures, and shortened attack time, as well as reduced inflammation of the hippocampus vs control animals. R

Also in the hippocampus, AF can also protect against glutamate-induced oxidative stress by increasing glutathione in the brain. R

2. Has Anti-Oxidant and Anti-Inflammatory Properties

Oxidative stress is one major part of the inflammatory response. R

It also protects against inflammation. R

AF may also protect against damage from EMF radiation to the body. R

By working on the inflammatory response, AF may help reduce pain. R

For example, AF can reduce inflammation and pain in arthritis. R One way it does this is by stopping the progression of the cancerous cycle mid-cycle and by inhibiting Vascular Endothelial Growth Factor (VEGF). R R

AF may protect against:

AF may combine well with chemotherapy drugs like doxorubicin and sorafenib to be more effective against cancer. R R

5. Helps With Depression And Anxiety

AF may help with depression by possibly acting on a 5-HT2 and adrenergic receptors receptors. R

As a KOR antagonist, AF may help with opioid-induced depression. R

AF may eliminate anxiety by being an ionotropic GABA receptor agonist and binding (moderate) to GABA-alpha/beta receptors. R R R

This is because AF can cross the blood brain barrier and act (strong, biphasic, negative allosteric modulator of GABA) on the BzRs (similarly to the anti-anxiety drug diazepam). R R R

6. Protects The Gut And Microbiome

AF can protect the gut against inflammation from Ulcerative Colitis (UC). R

It may also protect against ulcer formation by alcohol and H. Pylori. R R

AF may protect the immune system against lectins. R

7. Protects Against Skin Aging And Inflammation UVB can cause premature aging, especially to the skin. R

Therefore, AF may act as a sunscreen alternative for when going out into the sun.

By suppressing inflammatory cytokines (TH17), AF may benefit those with psoriasis. R

AF has antibacterial activity against:

AF synergizes with the antibiotics Ampicillin, Cefotaxime, and Chloramphenicol. R

AF has antifungal activity against:

AF has anti-parasitic activity against:

AF has antiviral activity against:

AF can relax the vascular system and protect it from inflammation. R R R

AF is a PDE inhibitor and may help the vascular system by enhancing blood flow in the body. R

This also allows for more cAMP levels, allowing the vascular system to have more energy. R

On top of increasing blood flow (as a PDE inhibitor), AF may help with exercise by enhancing calcium release in muscles (similar to caffeine). R

Inhibition of protein tyrosine phosphatase 1B (PTP1B) has been used as a way to treat type 2 diabetes. R

This activity as well as AF’s ability to inhibit fatty acid synthase (FASN) may help against obesity. R

12. Protects The Liver And Metabolism

AF can increase glutathione in the liver. R

AF can protect the liver from dysregulation of cholesterol and triglyceride levels. R

It can also decrease levels of C-Reactive Protein (CRP) in the liver. R

I will report back with my full data soon.

Pure amentoflavone (AF) is pricey to manufacture, so it’s best to get it in dietary or herbal sources.

AF may synergize with EGCG and Quercetin. R

It may also synergize with adrenergic agonists.

AF can interact with many medications by being a potent inhibitor of CYP3A4 and CYP2C9, which are enzymes responsible for the metabolism of some drugs in the body. R

How Retinoids Gave Me Panic Attacks And Depression