It has devastating effects on the body that we will discuss below.

We will also discuss what you can do to protect yourself from arsenic in our toxic environment.

Arsenic is one of the most dangerous inorganic materials to humans.

It is used as an herbicide, fungicide and rodenticide and results in contamination of our environment. R

It is on the World Health Organization’s (WHO) top 10 list of chemicals of major concern for major public health. R

Although the WHO allows arsenic levels of up to 10ppb in drinking water it is estimated that over 100 million people worldwide are exposed to massively higher levels daily. R

It causes both acute and long-term effects and can cause epigenetic effects that travel over generations (meaning if you were exposed, your child’s children may have effects from your exposure). R R R

Arsenic can be found in:

Those who have been poisoned with arsenic usually report a lower quality of life. R

How Arsenic Affects The Body

Arsenic can accumulate in organs and wreak havoc on the body. R

First, arsenic increases the amount of Reactive Oxygen Species (ROS) in the body, which acts like free radicals in the cell. R

This also depletes the body’s supply of antioxidants like glutathione (GPx). R

Arsenic can cause mitochondria to produce less energy (ATP). R

Although, extremely low dosages at intermittent times may strengthen mitochondria through hormesis. R

Arsenic is so good at killing cells that arsenic in the form of arsenic trioxide has been used as a drug treatment for cancer for over 3000 years. R R

2. Damages The Vascular And Respiratory System

For example, arsenic can increase the risk of having a heart attack or developing blackfoot disease. R

In the lungs, arsenic has shown to cause damage to lung tissue. R

It also has shown to contribute to asthma. R

3. Destroys The Brain And Causes Diabetes Arsenic exposure is correlated with a lower IQ. R

It can destroy brain cells and contribute to causing beta-amyloid plaques (which are seen in Alzheimer’s Disease and dementia), while destroying dopamine in the brain (which is the main pathology of Parkinson’s Disease). R R R R

For example, elderly patients who have been exposed to arsenic have decreased fine motor skills and processing speeds. R

It has shown to increase hyperactivity (such as ADHD) and may increase the risk of developing schizophrenia. R R

Arsenic also decreases the body’s ability to create choline in the liver and acetylcholine in the brain (which is necessary for memory retention). R

Arsenic decreases key neurotransmitters such as norepinephrine, dopamine, and serotonin in the brain (in a dose-dependent manner). R

It has also shown to disrupt the communication between the gut-brain axis (how the gut and brain talk). R

Arsenic can cross the blood brain barrier and affect the way glucose is used in the brain. R R

Also arsenic consumption is highly related with the development of diabetes. R

Short-term exposure to arsenic increases inflammation, while long-term down-regulates it (this is not good). R

This decreases immunity and can also lead to fatigue and anemia. R

Arsenic is categorized by the WHO as a human carcinogen, which means it causes cancer. R

It can amplify the cancer-causing properties of cigarette smoke and UV radiation. R

Arsenic has shown to cause or contribute to cancers of:

One reason for this is because of arsenic’s ability to damage DNA and change methylation status. R R R

Chronic low dose exposure to arsenic can create abnormalities in the testicles, with increased risk of having a lower sperm count. R

For example, arsenic can increase mortality of the child, cause spontaneous abortion, reduce the child’s birth weight, and increase their risk of developing heart disease. R R R

It can also elicit an immune response in the child. R

For example, arsenic (along with other heavy metals) has also been shown to be in the tissue and urine of children with Autism Spectrum Disorders (ASD). R

It has also shown to increase pro-inflammatory cytokines, which contribute to ASD. R

Arsenic is an antimicrobial and an antibiotic and can cause dysbiosis in the gut microbiome. R

It can change the metabolism of the gut and disrupt the production of fatty acids. R

This can lead to decreased energy metabolism and obesity. R

Arsenic can also produce effects such as nausea, loss of appetite, constipation, and diarrhea. R For example, single exposure to arsenic can affect IGF1 levels in muscle even 1 year after exposure. R

Arsenic also blocks the absorption and utilization of certain minerals and nutrients. R

It blocks intestinal absorption of water, sodium, glucose, and leucine, while decreasing the ability to absorb selenium and manganese. R R

Arsenic causes changes to skin color (such as viltilgo) and contributes to skin cancers such as melanoma. R R

Arsenic can also contribute to the development of Bowen’s disease and hyperpigmentation of the skin (leucomelanosis). R

Obviously, since arsenic is not required to live, there should be no presence of arsenic in the blood or hair.

You can test your levels here (heavy metals hair test). 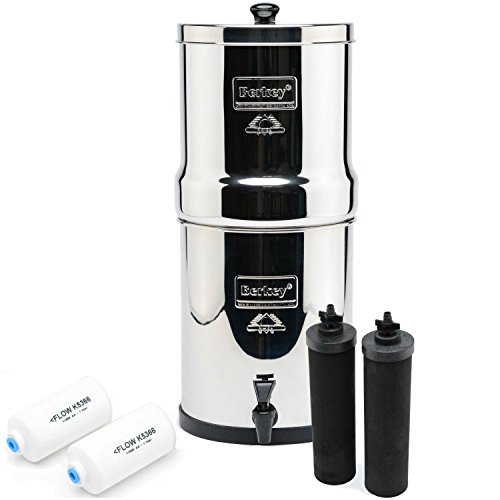 Smoking cigarettes, alcohol consumption, and getting older make it harder for the body to protect against arsenic. R

Lifestyle Modifications That Protect Against Arsenic:

Supplements That Protect Against Arsenic: NSAIDs Cause Leaky Gut and New Allergies (With Natural Alternatives)