Home Alzheimer's The 23+ Benefits of Melatonin

Support Your Sleep Cycle and Boost Cognition with Melatonin

Melatonin is a hormone produced by the pineal gland used by every cell in the body. Melatonin has many functions in the body:

Compared to daytime, the body has 10-15x more melatonin in the blood at night. R

Melatonin is also a probiotic. R 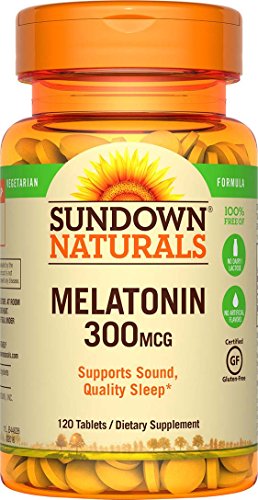 It helps after TBI and spinal cord injury. R

After stroke, nerve cells die usually from the blocked artery not supplying blood to the brain. In rats, melatonin blocked the activity of IL-1β, TNF-α, BAD, BAX and other proteins that contribute to inflammation and nerve cell death. It did this while increasing protein levels that prevent cell death.  R

Melatonin and drugs that bind to MT2 may help with sleep disturbances associated with depression. R

Concentrations of melatonin during the day and night are possible biomarkers for severe depression. R

Depression was prevented with in patients with breast cancer with melatonin supplementation. R

Melatonin may protect from tinnitus. R

Low amounts of it has been significant in elderly with tinnitius. R Melatonin regulates the expression of genes in the cell cycle, cell/organism defense, protein expression and transport and mitochondrial function. R

The nucleus and mitochondria of cells have the most melatonin. R

1 molecule of melatonin can bind to and neutralize up to 10 toxic reactants. R

It induces the expression of γ-GCS (γ-glutamylcysteine synthetase), the rate-limiting enzyme of glutathione synthesis, which protects cells against oxidative stress and regulates cell proliferation. R

Melatonin not only restores but also prevents the inhibition of the intestinal Ca(2+) absorption caused by glutathione depleting drugs. R It is lower in people with insomnia. R

MT1 and MT2 receptors are found in all layers of the retina. R

Cells of the eye and retina make melatonin, although the amount of melatonin produced by the retina is small compared to that in the pineal gland. R

It can decrease ocular hypertension. R

Glaucoma has been associated with melatonin dysfunction. R

Treatments for glaucoma (caused by ocular hypertension) include melatonin and 5-MCA-NAT. R The gut has 100x more MT receptors than the blood. R

It also has 400x more melatonin than the brain. R

Gut melatonin is highest during the day, inversely from brain concentration levels. R

Melatonin in the gut reacts to food. R

Melatonin is important for control of diabetes, obesity, and metabolic syndrome. R

Melatonin can control the change of levels of insulin and also decrease it. R

Melatonin is lower in patients with type 2 diabetes. R

It improves transport of glucose into muscle cells when insulin resistance-inducing poisons are present. R

It restored function and protected the pancreas’s insulin-producing cells from cell death. R

Melatonin can stimulate the browning of fat. R

Melatonin encouraged the proliferation of Th cells and improved their ability to secrete IL-4, but down-regulated the levels of IL-2 and IFN-gamma (interferon-gamma). R It reduces the uptake of glucose and modifies the expression of GLUT1 transporter in prostate cancer cells. R

It increases e-cadherin, a protein used in tumor suppression. R

In combination with flavone, melatonin increased cancer cell death by 80, when flavone alone only killed 40%. R

It suppresses inflammation, thus preventing the spread of cancer. R

In mice and rats, melatonin alleviated symptoms of Alzheimer’s. R Bipolar disorder has been associated with dysregulation of sleep and mood. R

Melatonin can be beneficial for bipolar disorder. R

In mice and rats, melatonin alleviated symptoms of Parkinson’s. R

Melatonin was able to blocked the loss of dopamine neurons, and may be beneficial long term for PD. R 18. Helps with ADHD and Autism

Blood pressure and noradrenaline were both decreased in healthy women. R This may be due to high CRH or MSH levels. R

Regulating melatonin levels has shown to have an effect on reducing psoriasis. R

I use melatonin when I’m traveling to a different time zone. I’ll use it to reset my circadian rhythm. I’ll take about 250mcg (0.25mg) of melatonin. If I take too much I wake up in the middle of the night or feel hungover the next day.

I also used melatonin for a 3 weeks after I had a concussion. This is the longest I have chronically used it.

Insecticides can mimic melatonin in the body and cause circadian rhythm disruption. R

Not really a side effect, but melatonin suppresses GDNF. R

Too much melatonin can leave some hungover the next day (anecdotally).

Other side effects: R

It may interact with medications such as: R

Mechanism of Action in the Body

The 10+ Benefits of Amantadine