Milk thistle has been used for over 2000 years as a remedy for ailments of the liver, kidney and gallbladder. R

It is still being studied in the medical field. Read more for the benefits and mechanisms of action. Milk thistle is an annual or biennial plant of the Asteraceae family, native of souther Europe through to Asia. R

Germany is the largest producer of milk thistle using it for dyspeptic complaints and various amounts of liver conditions. R R

Milk thistle works primarily by silymarin, an active flavonoid, by protecting the liver as an antioxidant and as an anti-inflammatory.

In publications, milk thistle is labeled as: R 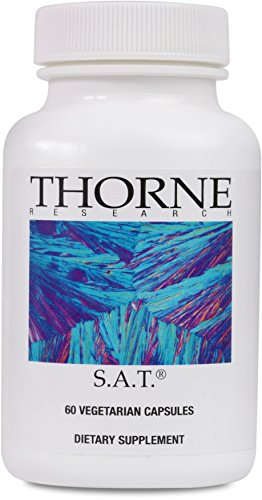 1. Regrows The Liver and Protects the Biliary System In a clinical trial with over 2000 patients with chronic liver diseases, administration of silymarin extract for 8 weeks resulted in a significant decrease in liver damage index in approximately 88% of the patients. R

It can ameliorate hepatic collagen accumulation even in advanced (biliary) fibrosis. R

It may protect the liver from damage during chemotherapy. R In combination with selenium, milk thistle reduced LDL and total cholesterol in men after prostrate removal from prostate cancer. R

4. Fights and Protects Against Cancer Silymarin has been shown to inhibit various systems such as leukotriene synthesis, the effects of TNFα. R

In children with ALL (acute lymphoblastic leukemia), milk thistle is correlated to to reduction in liver toxicity. R

In combination with selenium, milk thistle reduced LDL and total cholesterol in men after prostrate removal from prostate cancer, which are associated with prostate cancer progression. R

Topical treatment of silymarin inhibited several tumor promoters and may be useful in sun protection. R

The protective effects of silymarin suggest a clinical application in cancer patients as an adjunct to established therapies, to prevent or reduce chemotherapy as well as radiotherapy-induced toxicity. R

In patients with breast cancer, milk thistle (cream) may be an effective treatment for preventing skin lesions form radiotherapy. R

In human cancer cells, it inhibited the proliferation and promoted cell cycle arrest of the cells. R R

Although promising, there needs to be more clinical trials on milk thistle for cancer treatment .

See more how in mechanism of action. Milk thistle has been used as an emergency antidote for poisoning by death cap mushroom. After Amanita phalloides poisoning, milk thistle can prevent severe liver damage (up to 48 hours after poisoning). It is used as an antidote for acute liver toxicity from amatoaxin poisoning . The risk of a patient dying after treated with milk thistle is less than 10% from nearly 1500 documented cases in North America. R R R R

It does this by blocking cellular amatoxin re-uptake and thus interrupting circulation of the toxin from liver to the bile and thereby into the small intestine. R

Milk thistle in combination with oxacillin or ampicillin may be useful for controlling MRSA (Methicillin-resistant Staphylococcus aureus) infections. R

Acne vulgaris is associated with damaged lipids in the skin via free radicals in response to inflammation. R

In subjects taking 210mg of Silymarin a day showed a 53% reduction in total lesion counts. R This allows milk thistle to decrease the expression of adipogenesis-related genes: R Milk thistle is a galactogogue that promotes lactation in new mothers. R

It does this reducing by inflammation and fibrosis. R

In patients with β-thalassemia, the combination of desferrioxamine and milk thistle helps reduce iron overload. R

In patients with hereditary hemochromatosis, milk thistle had the potential to reduce iron absorption. R Silymarin has been shown to be effective in combating against drug-induced hepatotoxicity in various animal models:

Hepatoprotective potential of silymarin is suggested to be due to its antioxidant, cell regeneration and cytoprotection activity. R

17. Helps with HIV and Hepatitis C

Silymarin in combination with darunavir-ritonavir appears to be safe for HIV patients. R I use milk thistle 1-2 times a day to combat any negative effects any supplements may have on my liver. I alternate between SAT, milk thistle, and BH4/Liver Support.

I have noticed no negative effects.

Where to Get Milk Thistle and Dosage

The bioavailability of silybinin can also be enhanced by the complexation with phosphatidylcholine or β-cyclodextrin. R

Milk thistle appears to be safe for up to 41 months of use. R

Oral doses of Milk thistle (Silymarin) of up to 2.1 g per day were safe and well tolerated. R

Milk thistle is considered safe and well-tolerated, with gastrointestinal upset, a mild laxative effect, and rare allergic reaction being the only adverse events reported when taken within the recommended dose range. R

Mechanism of Action in the Body Prior to extraction, the fruit/thistles have:  R

The leaves have: R

The 9+ Benefits of Irisin And How To Increase It Naturally

The 11+ Benefits Of Maqui (Aristotelia Chilensis)