Home Advanced The 8+ Benefits Of Deferoxamine

Deferoxamine Protects The Brain In Inflammation

Deferoxamine is a powerful drug that has many potential benefits in restoring neuronal health in those with stroke, Alzheimer’s Disease, Parkinson’s Disease, spinal cord injury.

In this post, I’ve gone through its potential benefits and natural alternatives to this drug. It is on the World Health Organization’s List of Essential Medicines, the most effective and safe medicines needed in a healthcare system. R

It is normally used in iron overdose, in diseases with excess iron in the blood (either due to multiple blood transfusions or an underlying genetic condition), and patients with aluminium toxicity. R

New research on DFO has shown it to have many benefits in an iron-overloaded body through newly discovered mechanisms.

It works on protecting many organs against high iron including: For example, DFO can protect against postoperative cognitive dysfunction (POCD) by decreasing microglia stress in the hippocampus. R

DFO when taken intramuscularly can help against the progression of Alzheimer’s Disease (AD) and dementia. R

In Parkinson’s Disease (PD), DFO may protect dopaminergic neurons from neurotoxicity from brain cell stressors such as iron, 6-OHDA, or MPTP. R

In PD, it may be taken intranasally to increase the production of dopamine in the substantia nigra (the part of the brain in PD that has dopaminergic loss). R R

DFO may also prevent a-synuclein (a biomarker in PD) accumulation and aggregation in PD. R R

DFO may also protect the brain against the oxidative stress from sleep deprivation.

For example, bipolar rodent models that were given DFO and N-Acetyl-L-Cysteine (NAC) were able to mitigate manic symptoms after being exposed to sleep deprivation. R

DFO and NAC were also able to mitigate the neurotoxic effects of amphetamines in rodent models of attention deficit hyperactivity disorder (ADHD). R

2. May Protect The Brain During Stroke

During subarachnoid hemorrhagic stroke (SAH), DFO may reduce hemorrhaging by 50%, while increasing the chances of a better outcome and faster recovery. R R R R

For example, DFO can alleviate hydrocephalus (excess fluid in the brain). R

It may also prevent seizures after SAH. R

During a stroke, there is less oxygen available to cells. R

DFO can increase hypoxia factor 1 (HIF1-alpha) which can help stabilize mitochondrial and cellular function during times without oxygen. R

3. May Help With Wound, Bone, And Muscle Healing

DFO may also help with the regrowth of bones and may be beneficial in osteoporosis. R R

4. May Protect The Liver

This protective effect is even more effective when DFO is combined with milk thistle. R

DFO is beneficial in protecting the liver in myelodysplastic syndromes. R

5. May Help With Obesity

It may also helpful for diabetic neuropathy. R

6. May Protect The Kidneys

In a double blind study, NAC combined with DFO was effective in decreasing the severity and duration of acute kidney injury (AKI). R

DFO can also prevent scarring of the kidneys from iron overload. R

In patients with end-stage renal disease, DFO can protect against insulin resistance. R

7. May Protect The Vascular System For example, the combination NAC and DFO may improve the outcome of a heart attack. R

DFO may also protect against the detrimental effects of diabetes and insulin resistance on the heart. R

It may also help with age-related vascular problems. R

In the lungs, DFO can improve the formation of alveoli and blood flow to the lungs. R R

8. May Protect Against Radiation

DFO may protect against some of the harms of high temperatures or electromagnetic fields (EMFs).

For example, in newborn rats exposed to high temperatures, DFO was able to help them maintain normal levels of natural antioxidants. R

It may protect the brain against EMF exposure by stabilizing glutathione and Vitamin E levels. R

DFO may also protect bones against the deleterious effects of radiotherapy. R R

Contrastingly, chicken hearts that were exposed to EMFs while treated with DFO had a worse ability to create new blood cells. R

High doses of DFO can increase blood pressure in the lungs. R

It is unclear if the use of DFO during pregnancy or breastfeeding is safe. R 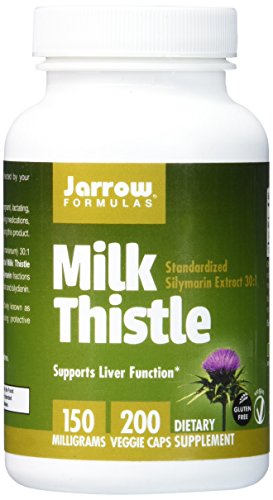 Here are some other natural iron chelators that have similar properties to DFO:

Are You ApoE4? 88+ Ways To Increase Apolipoprotein E (ApoE)

Why You Need To Get Out Into The Sun