Since the late 1970s, the use of glyphosate-based herbicides (GBHs) has increased approximately 100-fold. R

Glyphosate is the active ingredient in Roundup®. R

In this post, we will discuss glyphosate’s toxic effects (even at extremely low doses). R Roundup is sprayed on almost all non organic crops. R

It gets into the water supply from runoff and rain and is able to get into organic foods, as well as meats and sea life. R R

Since glyphosate (like atrazine) acts as an herbicide, antibiotic, pesticide, and anti-parasitic, it can kill the plants that it is sprayed on. R

This has has led to the need to create genetically modified (GMO) roundup-ready plants, that do not die from glyphosate use. R

Weeds are also starting to gain resistance to roundup as well). R

The most common roundup ready crops include:

It is illegal in Sri Lanka, The Netherlands, Argentina and Malta, but not the US or the complete EU. R

So if glyphosate is so toxic at low doses, why is it legal (this post is unrelated to politics)? R

Well, this is because the acute effects from glyphosate (ie dysbiosis) are different than the effects of glyphosate from chronic exposure (ie Alzheimer’s Disease).

How Glyphosate Affects The Body

It causes cells and mitochondria to self destruct (apoptosis) and die. R R

It even synergizes with the other ingredients in roundup to make it even more toxic than glyphosate alone. R

2. Depletes The Body Of Nutrients Glyphosate kills plants by interfering with the shikimate pathway, which is necessary to make metabolites such as hormones, nutrients and amino acids. R R

Although humans do not have the shikimate pathway, the bacteria that live in and on us do, and they are severely impacted by glyphosate’s antimicrobial properties. R

We depend upon this pathway for our gut bacteria to provide us with:

The decrease in these nutrients lead to depression, decreased ability to handle UV radiation from the sun, impaired sleep regulation, and decreased communication between the brain and gut. R

Glyphosate shifts minerals around in the body and puts them in the wrong places (such as manganese, cobalt, molybdenum, copper, iron, sulfur, and selenium), causing deficiency and toxicity at the same time. R R

On top of that, GMO/roundup ready food usually is depleted of Mn. R

Glyphosate oxidizes Mn in the body making it dangerous and toxic. R

Glyphosate is an estrogenic substance, which means it works on and disrupts estrogen receptors. R

It makes both men and women infertile, by damaging sperm and eggs. R R

Glyphosate suppresses aromatase, which is necessary to convert testosterone to estrogen, thus creating an imbalance in the regulation of sex hormones. R

This even happens at extremely low doses (800x below the legal limits). R

It also inhibits the ability to produce steroid hormones. R

Glyphosate also depletes the body of methionine and selenium, which are necessary to make thyroid hormones. R

Also, glyphosate inhibits the body’s ability to create active vitamin D, which its receptors are widely found in the brain and liver, thus glyphosate blocks the ability to make vitamin D from the sun. R

Active vitamin D has a myriad of benefits such as preventing inflammatory, autoimmune, cardiovascular, neuromuscular, and neurodegenerative diseases, as well as cancer. R

Glyphosate is neurotoxic, which means it damages neurons. R

Glyphosate also turns off the brains ability to heal itself after head trauma (such as a stroke or concussion). R

This creates a constant immune/inflammatory response in the brain. R

Glyphosate has been found to be in vaccines and can make vaccines more toxic to the body. R

This is because glyphosate works synergistically with the aluminum, mercury, and glutamate in vaccines.

It can also take these heavy metals and transport them through the gut and across the blood brain barrier. R R

For example, aluminum combined with glyphosate can induce immunoexcitotoxicity (hyper-activation of the immune system) in the body and brain. R R

Glyphosate increases glutamate in the hippocampus, causing memory loss and oxidative stress on the brain. R

It also decreases GABA and dopamine, contributing to the development of Parkinson’s Disease. R R

Glyphosate has also been linked to the development of Amyotrophic Lateral Sclerosis (ALS). R

Glyphosate inhibits the ability for humans to detox foreign chemicals (such as pesticides or drugs like tylenol). R

It also disrupts the metabolism of cholesterol. R

Glyphosate also increases the chance of developing cholestasis (impaired flow of bile from the liver), which inhibits the excretion of toxins. R

This increases the chance of forming gallstones and developing pathogenic bacteria in the liver. R

As a consequence, excess arsenic in the kidneys causes acute kidney failure. R

Glyphosate kills most of the beneficial strains of bacteria in our gut:

Many pathogenic strains of bacteria are resistant to glyphosate:

Glyphosate blocks Enterocccus’s ability to inhibit clostridium infections, which is a part of the pathology of many inflammatory bowel diseases, such as Crohn’s Disease. R R

It also increases the growth of alfatoxins. R

Certain Pseudomonas species in our gut will take glyphosate and metabolize it into formaldehyde, which is toxic to the brain. R

Glyphosate can also make the microbiome resistant to antibiotics. R

Glyphosate also breaks down tight junctions in the gut. R

Tight junctions are necessary for keeping the cell wall in the gut together tightly so no foreign materials get into the blood. R

So does the increased spraying of glyphosate on wheat over the years.

This is because the microbiome programs the immune system as to what is a friend or foe. R

There have been many studies linking glyphosate to cancer. R R

Glyphosate has been linked to causing: There is an increased incidence of severe birth defects in Argentina and Paraguay from glyphosate use in:

In pregnant and lactating rats given sub-lethal doses of glyphosate, their offspring had decreased loco-motor activity and appeared anxiety levels. R

Obviously, glyphosate is not required to live and there should be no presence of it in blood or urine.

You can test your levels here. 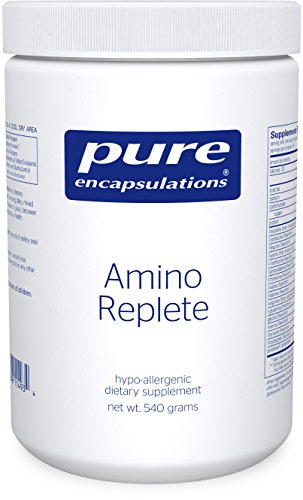 All of these products have been shown to contain glyphosate:

Also, in animal models, eating a diet high in aromatic proteins (such as tyrosine, tryptophan, and phenylalanine) may help compensate for nutrient loss and the anitmicrobial effect of glyphosate. R

If you grow your own food, using humic acid should help neutralize any antimicrobial effect glyphosate has on beneficial gut bacteria. R

Roundup contains surfactants such as POEA (discussed below), which are actually more toxic than glyphosate. R R The 19+ Benefits Of Cyproheptadine (Periactin) With Side Effects And Mechanisms How Ciguatoxins Cause CIRS, Brain Fog, & Loss of NAD+ All About Phoenixin: Pros And Cons Of Phoenixin And GPR173 Parvalbumin: Why You Can’t Supplement For Fish The 10+ Benefits Of Oak Wood (Robuvit and Quercus Species) The 22+ Benefits Of Oxymatrine (With Natural Sources, Synergies, And Mechanisms) The 35+ Benefits Of French Maritime Pine Bark (Pycnogenol, Flavangenol And...