Reticulon 4 Is More Than A Growth Inhibitor

Nogo-A is one of the most potent growth inhibitors in the central nervous system. It is involved in creating new blood cells, developing new stem cells, protecting growth of cancer, and modulating the immune system. It is highly expressed after adolescent development, traumatic brain injuries, and many myelin-related diseases.

Schwab and Caroni discovered that myelin (the fatty white substance that surrounds the axon of some nerve cells) from the central nervous system (CNS) inhibits neurite outgrowth. R

Myelin from the peripheral nervous system (PNS) does the opposite. R

In the human brain, the growth of myelin is regulated by multiple systems:

When Nogo-A is active, it acts as a myelin-derived neurite and axon growth inhibitor. R

It suppresses growth and sprouting of neurons, thus stabilizing the wiring of the adult CNS. R

It does this by regulating axonal and neural stem cells and progenitor cells. R R

Nogo-A is involved with normal cell-functioning, along with neuropsychiatric functions. R R

It does this by interacting with the enzyme peroxiredoxin 2, which scavenges reactive oxygen species (ROS). R

Nogo-A is upregulated in many cells as an inhibitory factor on the growth of tumor cells, helping prevent the spread of cancer. R

Nogo-A increases in the cell body of injured neurons. R

Nogo-A In The Brain

Nogo-A is expressed in neurons throughout the brain and spinal cord (and also oligodendrocytes). R

In humans, Nogo-A has been detected in the spinal cord, in the hippocampus, in the cerebral cortex, in the cerebellum and in the brain stem. R

Neuronal Nogo-A is highly expressed during ages of development and down-regulated when we are adults (from birth to adolescence, it is expressed in different areas of the brain and in adulthood it is expressed more in the cerebral cortex). R R

Several lymphocytes including B cells and T cells express NgR1 (Nogo-A’s receptor) and further up-regulate it upon activation of the immune response. R

In the lymph nodes, T cells are activated by dendritic cellls (DCs), which express NgR1 and NgR2 during development, but are downregulated during matruation (which is inversely correlated with myelin). R

Nogo-A is up-regulated in:

Nogo-A expression in the brain is significantly increased after stroke. R

Although, the ability of hippocampal recovery after stroke using anti-Nogo-A antibodies has been disputed. R

Some studies show that treatment with Nogo-A antibodies after stroke is most effective if it is used by up to one week after injury. R R

It should be noted that inhibiting Nogo-A during stroke worsened the outcome in rodent studies (by increasing apoptosis via p53). R

This leads to significant disabilities, even though there can be minimal neuronal death. R

In mice with SCI, a Nogo-A receptor antagonist is able to increase axon regeneration. R

ATI355, an anti-human Nogo-A antibody, has been shown to be safe for SCI in human clinical trials. R Parkinson’s disease (PD) is a neurodegenerative disorder that is mainly characterized by the progressive loss of dopaminergic neurons in the substantia nigra pars compacta (SNc) with additional loss of dopamine innervation in the striatum. R

Nogo-A expression is high in the SNc in patients with PD. R

For example, rats with PD were given graft transplants of dopaminergic neurons into their brain and Nogo-A inhibition made this procedure more effective (by two-fold). R

In a model of PD, Nogo-A inhibition was able to inhibit the increase of TNFa and IL-6 (two proinflammatory cytokines) by lipopolysaccharide (LPS). R

Both Nogo-A and NgR1 are expressed in multiple sclerosis (MS) lesions. R

Using a Nogo-A antibody was able to prevent damage to the spinal cord in MS. R Nogo-A (along with PirB), also negatively influences long-term potentiation (LTP) in the hippocampus (via modulation of AMPA). R R R

So, inhibiting Nogo-A would theoretically allow new memories to form and overwrite old ones. R

This may be helpful for Post-Tramautic Stress Disorder, since Nogo-A expression prevents the erasure of fear memories. R

6. Protects The Eyes During Injury

It regulates inflammation and axonal growth of the optic nerve.

For example. spatial frequency and contrast sensitivity was increased in Nogo-A deficient mice than regular mice after eye damage. R

Also if RGCs were in an active growth state, inhibition of Nogo enhanced optic nerve regeneration even more. R Nogo-A is a negative regulator of angiogensis (the growth of new blood cells). R Nogo-A is found in sensory organs such as the inner ear. R

Nogo-A is involved in maintaining a non-regenerative state of hair cells. R

In mice, no hearing loss was observed in 10 month old Nogo-A knock-out mice as compared to wild type. R

Nogo can influence the progression of ALS. R

Nogo-A expression is correlated with the severity of symptoms in ALS patients. R R R

A Nogo-A test is able to identify ALS early in the course of the disease when diagnosis is difficult. R

It was also well tolerated shown to be safe. R

There are more human clinical trials showing its efficacy. R

In contrast, in an animal model, inhibiting Nogo-A promoted and worsened ALS. R

Inhibiting Nogo-A may not only favor sprouting of lesioned axons, but may also induce unspecific growth of axons, causing undesired pathologies. R in mice that had the Nogo-A gene deleted, they experienced behaviorail abnormalities resembling schizophrenia-related endophenotypes: R

They also had altered monoaminergic transmitter levels in specific striatal and limbic structures, as well as changes in dopamine D2 receptor expression in the same brain regions. R

Mice lacking Nogo-A had problems with  motor co-ordination and balance (via modulation of dopaminergic and motor systems). R

This was accompanied with spontaneous locomotor activity. R

Activity was increased in during the night. R

Nogo-A acts as a downregulator for tumor growth. R

It is highly expressed in tumors, helping prevent their growth. R

Inhibition can theoretically allow excessive tumor growth, but I would like to see more research on this topic. Nogo-A/Nogo-A receptors (NgR) modulate the production of amyloid β-protein (Aβ), which is thought to be a major cause of Alzheimer’s Disease (AD). R

One way it does this is through mediating neuroinflammation via modulating microglia adhesion and migration. R

This is an obstacle to neuronal regeneration and blocking the recovery of damaged neural networks in AD. R

PirB is a novel receptor for Nogo-A that interacts with Aβ and mediates its neurotoxicity. R

S1PR2 is also a receptor for Nogo-A that activates ROCK and mediates neuronal plasticity. R

NgR can bind to APP and Aβ. R

In mice, there is an increased Aβ accumulation in the hippocampal dentate gyrus and cerebral cortex of mice lacking NgR. R

As mice aging, their ability to bing Nogo-A to Aβ decreases. R

In contrast, blocking reticulon 3 (different than reticulon 4) is beneficial for reducing Aβ. R

Also, in humans Nogo-A is over-expressed in hippocampal neurons in AD and also associated with high levels of Aβ in the hippocampus. R

Nogo is able to bind and inhibit the β-amyloid-converting enzyme 1 (BACE1), which transforms the amyloid precursor protein (APP) into aggregating β-amyloid. R

How To Inhibit Nogo-A 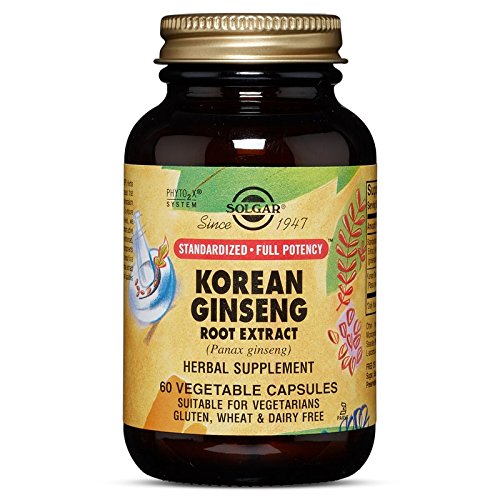 Nogo-A (aka reticulon 4) belongs to the reticulon family that consists of four genes named RTN1, RTN2, RTN3 and RTN4. R

RTNs infleunce the curvature of the endoplasmic reticulum (ER) and are structural regulators for the ER. R

p75 interacts with GPI and activates the Rho/ROCK pathway. R

Nogo-A turns on RhoA, but deactivates RhoB and Rac1. R

Why NRF2 Activation Can Make You More Sick