Moringa oleifera (M. oleifera) has been used to treat various conditions and diseases, but only a few of the health claims have been studied scientifically. R It is an angiosperm plant, native of the Indian subcontinent, where its various parts have been utilized throughout history as food and medicine. R

In combination with cannabidiol, it has shown to be an anti-inflammatory, antioxidant, and anti-apoptotic. R 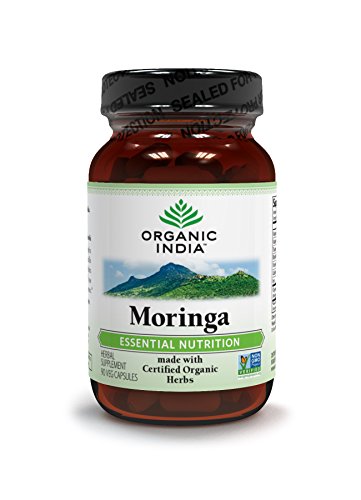 The seeds of Moringa oleifera have immunosuppressive activity when taken in an ethanol extract. R

Glucomoringin extracted from Moringa was shown to have a growth inhibitory effect, probably due to NF-kB inhibition. R

It also induced apoptosis in human carcinoma cells, and were more pronounced in myeloma cells. R

It significantly inhibited the secretion of NO production and other inflammatory markers such as prostaglandin E2, TNF-alpha, IL-6, and IL-1β. R R

It induced the production of IL-10 in a dose-dependent manner. R

It extract exerts its cytotoxic effect in A549 cancer cells by affecting mitochondrial viability and inducing apoptosis in an ROS-dependent manner. R

2. High in Nutrients and Anti-Oxidants It is high in vitamin A, vitamin, C, and vitamin E. R R

It is also high in beta-carotine, quercitin, and chlorogenic acid. R R R

The leaves are a rich source of essential amino acids such as methionine, cysteine, tryptophan, lysine, vitamins and minerals. R R

When used as a cream, Moringa protected the skin from aging by reducing ROS (reactive oxygen species). R

Moringa leaf extract is also used as a preservative to protect raw beef from oxidizing. R

Sustained inflammation is believed to be involved with many chronic diseases. R R

In a dose-dependent manner, moringa exhibited antinociceptive activity (blocking the detection of a painful or injurious stimulus by sensory neurons). R

It prevented inflammation by reducing phosho-ERKp42/44 and p-selectin. R

Moringa attenuated expression of iNOS and IL-1β and production of nitric oxide and TNFα. R Adding 50 grams of Moringa leaves to a meal reduced the rise in blood sugar by 21%. R

Moringa-treated retinae showed marked prevention in the dilatation of retinal vessels suggesting that it may be useful in preventing diabetes induced retinal dysfunction. R

It has insulin-like antigenic epitopes, meaning it may possibly be useful in treating diabetes. R

Therefore, it may be therapeutic in preventing cardiovascular diseases. R It may be beneficial in treating hyperlipidemia and ultrastructural changes in liver cells due to iron-deficiency. R

In rats, treatment with moringa extracts or silymarin appeared to enhance the recovery from hepatic damage induced by antitubercular drugs. R Treatment of G. pentaphyllum or M. oleifera leaf extracts with artesunate was able to increase the antimalarial activity by using low dose of artesunate. R

It enhancied the proliferation of lymphocytes and inducing NO from macrophages. R

Where To Get Moringa 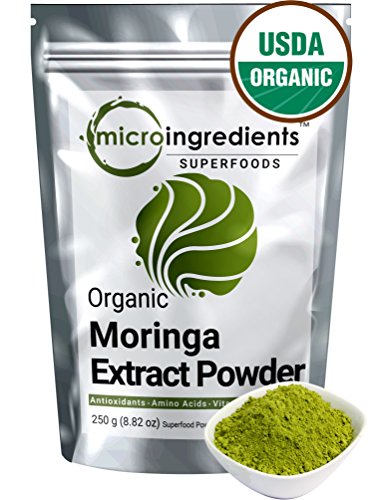 As for dose: Moringa oleifera is genotoxic at supra-supplementation levels of 3,000 mg/kg of body weight.

Before M. oleifera leaf formulations can be recommended as “medication”, it is necessary that the scientific basis of their efficacy, the therapeutic modalities of their administration and their possible side effects be more rigorously determined. R

Standardization of products is an issue. However, the results of published studies to date involving M. oleifera are very promising. R

A dose-dependent reduction of body weight gain was noted at the term of the sub-acute treatment with M. oleifera extract. R

The 49+ Benefits of THC, CBD, and The Endocannabinoid System